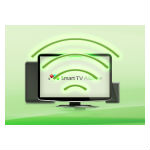 Aiming to deliver on the “Build Once, Run Everywhere” mantra for Smart TV software applications, the Smart TV Alliance announced the introduction of a Developer Support Program and an updated software development kit (SDK), as well as nine new members.

The Developer Support Program enables Smart TV application developers to submit their wares to a single Quality Assurance (QA) process so that applications can be ported across all Alliance Smart TVs. Version 2.5 of the SDK, for its part, will enable multi-screen application development, according to an Alliance press release.

Smart TV applications from several developers have already gone through the new support program’s QA process and several others are in the midst of it, “greatly simplifying and reducing the QA cycles that traditionally are needed for each individual manufacturer’s QA process,” according to the Smart TV Alliance, which made the announcement in advance of the IFA show taking place in Berlin this week. The applications include Video a Volonte, Transgaming and Kinoplex.

“The Alliance is focused on the need for a non-proprietary ecosystem for application developers to create compelling, platform-agnostic services across a large number of devices, and we believe a Developer Support Program is a critical step in this direction,” elaborated Seijiro Yasuki, Smart TV Alliance president and chief technology executive of Toshiba Digital Products & Services Company.

The new SDK 2.5, a joint project between the Smart TV Alliance and Collabora, will enable multi-screen interactivity between mobile applications and SDK-compliant Smart TVs from LG, TP Vision, Toshiba and Panasonic. A Specification 3.0 is in the works that includes HTML5 updates, Ultra HD and Smart Home support.