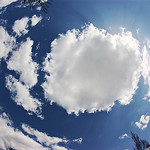 Smaller more rural service providers are getting in on the cloud services boom, as an announcement this week from CHR Solutions and Iowa-based Kalona Cooperative Telephone Company illustrates. KCTC plans to use CHR’s cloud platform to deliver a range of cloud services.

“They will offer email and collaboration” as well as “web hosting, including hosted servers and backup,” said Fredel Thomas, director of product management for CHR Solutions, in a phone interview.

Like larger tier 1 and 2 carriers, the nation’s smallest tier 3 operators are seeking new revenue sources in the business market as their traditional landline business erodes—and cloud services are among the fastest growing business services. Tier 1 and 2 carriers such as AT&T, Verizon,  Cincinnati Bell, TDS  and others have made a substantial investment in data center infrastructure to support their cloud service initiatives and some have jump-started their offerings by purchasing existing cloud service providers. But although a few small service providers have taken a similar approach,  others may be wary of making that level of investment, choosing partnership with wholesale providers as the preferred route.

Recognizing this, CHR has developed what Thomas called a “turnkey” cloud service offering, through which smaller service providers essentially resell infrastructure owned and operated by CHR. CHR also provides a partner portal with marketing materials that service providers can use if they wish.

CHR charges an initial upfront fee to get started that they claim is “exponentially” smaller than what service providers would pay to build their own cloud service infrastructure. In addition, CHR shares in cloud service revenues with the service provider. KCTC is in a rural area, but has some small and medium-size business customers who were asking for cloud services, Thomas said. Thomas added that she expects the carrier to eventually offer cloud services targeting residential customers.

CHR is not alone in pursuing this strategy. Among its competitors are Verizon, which resells its Terremark cloud platform to other carriers and NeoNova which is taking a different approach with Google as a partner. All of these efforts demonstrate the role wholesale partnerships are beginning to play in bringing the cloud opportunity to small carriers.