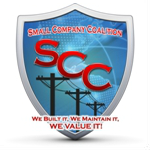 There is a new acronym to add to the rural telco association lexicon – SCC, for Small Company Coalition.  The coalition is comprised of 10 small rural telecom carriers and according to a press release issued by the group yesterday, its focus is to lead an “information blitzkrieg,” with the goal of gaining broader opposition to planned reforms to the Universal Service and inter-carrier compensation programs.

The group also is working with consultants on a new model for Universal Service reform that would accomplish the objectives of the National Broadband Plan, said James Kail, executive committee member of the SCC and president and CEO of Pennsylvania-based telco Laurel Highland Total Communications, in an interview. The National Broadband Plan aims to make broadband available to all Americans but has come under fire from small rural telcos, most of whom have already deployed broadband throughout a large part of their serving areas and who could see their Universal Service support levels decline under the plan.

“We will get our model out shortly,” Kail said.

The SCC’s consultants also have calculated some numbers about the likely impact of Universal Service reforms on rural customers, which are presented on the SCC website. According to the site, a rural customer’s telecommunications bill is likely to increase $10-$17 per month as a result of proposed reforms.

Kail said the SCC wants to educate rural customers about the impact of planned reforms.

“This is all flying under the radar because it’s complicated,” said Kail. “People don’t understand inter-carrier compensation or Universal Service. You have to break it down.”

Customers, he said, can relate to concerns about rising rates, inferior service and lost jobs if some small telcos go out of business.

“We needed to try a different approach and apply pressure by exposing what is in this order,” said Kail.

As of this morning, nearly 1300 people had signed a petition posted on the SCC site urging the United States Senate to initiate a hearing to uncover the impact of the FCC’s Universal Service reform order, known as the Connect America Fund order, on rural America.

Kail said his company had conducted town hall meetings to discuss the planned reforms and to encourage customers to visit the SCC site and sign the petition, and he encouraged other small telcos to do the same.