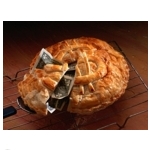 Some small video service providers are finding a big windfall this year. It comes in the form of political advertising.

Before the economic downturn, a typical small video service provider could expect between $1.25 and $2.00 a month per subscriber in ad revenues, noted Walter P. Staniszewski, president of Prime Media Productions – a company that sells advertising for small video service provider clients.  Since the downturn, the numbers are more like $1.00 to $1.50.

But “with political advertising, it can be in some cases over four to five dollars per subscriber per month,” said Staniszewski.

The trend began earlier this year and took a dip of 20% to 25% in July. But Staniszewski expects the numbers to remain strong until November elections.

Staniszewski estimated that about half of the ads involved are for national seats, including the president, U.S. senators, etc., while another half is for more local positions. Smaller video providers often are well positioned to get the local political ads because advertisers are not paying to reach people who do not vote locally.

Prime Media saw revenues quadruple for clients in Wisconsin when a campaign was underway to unseat the governor.

Before they can accept local ads, video service providers need to have digital ad insertion capability – a capability that Prime Media also offers its clients.

“We developed an ad insertion solution,” said Staniszewski. “It’s a piece of equipment that’s somewhat revolutionary in that it does things differently from what’s on the market.”

Most importantly, Staniszewski said, the system is very competitively priced. The company sells the system to companies that are not clients, while clients get it at no extra charge. Clients also can use the equipment to insert ads for their own products, such as bundled services that also include voice and data, pay-per-view, video on demand, and home shopping – and Prime Media also can help them with preparing those ads.

Prime Media typically represents firms that have between 3,500 and 6,000 subscribers, but it has some with as many as 18,000 or as few as 1,500. The company would likely only represent a 1,500-customer company if it was adjacent to another client, enabling the systems to share sales representation, Staniszewski said.

“It’s hard to make the case for any kind of profit,” he said.