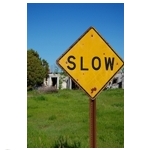 on’s largest telcos and cable companies continue to see growth in high-speed Internet subscribership, the rate of growth has slowed, particularly on the telco side, according to data released yesterday from Leichtman Research Group.

Net new high-speed cable Internet subscribers for 2010 totaled 2,302.070—about two times as much as the 1,094,765 subscribers added by the telcos during the same period. Cable companies saw the largest gains—about 6% year over year, compared with just 3.3% year-over- year subscriber growth for the telcos.

Large cablecos also have a larger share of the high-speed Internet market, with a total of 41,548,502 subscribers, according to the LRG data, compared with 33,550,867 for the telcos.

The cable company with the largest number of high-speed Internet subscribers—Comcast—and the telco with the highest subscriber numbers—AT&T—had similar size customer tallies, according to LRG. Comcast had 16,988,000 subscribers at year-end 2010 and AT&T had 16,310,000.

The edge that the cable companies seem to have in the high-speed Internet market may relate to the fact that their coaxial cable plant can support higher broadband speeds than the copper phone wiring that is the primary last mile infrastructure in telco networks. Is this an indictment on DSL in tier 1 markets as a drag on overall broadband growth?