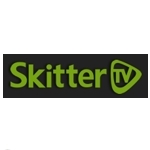 Who would ever have thought traditional broadcast television would be hot again? Consider it a reflection of the economy and the impact of over-the-top video: Years after people pulled down their rooftop antennas and TV sets stopped coming with built-in rabbit ears, a lot of creativity has recently been put into figuring out how to get over-the-air broadcast signals back onto our TV screens.

The latest entrant into this market niche comes from a name that will be familiar to many small rural network operators. It’s Skitter, the company best known to rural players as the provider of an OTT video service which, not coincidentally, includes local broadcast channels delivered as data streams over a broadband connection.

Telecompetitor spoke with Skitter President Robert Saunders today and as he explained, the company planned all along to launch a broadcast channel-only version of its offering in metro markets using the same platforms it was putting in place to support a video offering for rural network operators that includes a combination of OTT video, broadcast channels and selected cable channels. Rural partners, he explained, will share revenues from the metro market offering with Skitter.

The metro market offering is already available in Portland, Ore., where it is supported by a platform put in place for a small network operator in rural Oregon. Skitter’s business model eliminates the need for rural operator partners to make their own investment in head-end equipment. Instead Skitter retains ownership and shares in revenues with the local partner.

Skitter’s agreement with local broadcasters gives it the ability to offer the local channels over a broadband link throughout the surrounding designated market area (DMA) which, in this case, includes Portland. Customers in the Portland area will pay $12 a month and will need either a Roku or WD Live set-top box to receive local channels over the customer’s broadband connection.

“We believe the market potential is as high as 20% of people who are cutting cable or looking to cut and want a product that is a combination of linear TV—local and OTT TV,” said Saunders in reference to the metro market offering.

And although Portland is the first market for the broadcast-only offering, Skitter’s plans are considerably more ambitious. “Our goal by year-end is to have opened up the top 100 DMAs,” said Saunders.

The company currently has more than a dozen rural partners and is signing up about two per month, he said.

Skitter’s offering is a bit similar to one launched by startup company Aereo in New York.  But Skitter appears unlikely to encounter the same legal challenges as Aereo, which already has been sued by broadcasters who say Aereo doesn’t have the rights to retransmit their content.

Aereo’s design includes a miniature antenna for each customer, which is co-located with other customers’ antennas in an Aereo-operated location, with content ultimately sent to the user over a broadband connection. Aereo argues that it doesn’t need retransmission rights because it isn’t retransmitting anything.