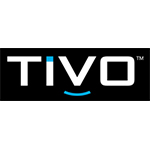 TV viewers are increasingly “show dumping” – discontinuing viewing of even their favorite programs – due to rising costs and difficulties associated with watching them, according to new show dumping research research from TiVo.

Respondents also spend another 19 minutes per day searching for something to watch. That highlights the importance of high-quality, easy to use search and discovery features, a development taking place amidst a turbulent period for the industry in which viewers are putting a premium on personalization.

Analyzing the survey results, TiVo concluded that what was once the hallmark of a successful television series – predictable, ongoing audience engagement – is becoming more transitory and much more challenging.

“Unified discovery and seamless access to content removes some of these barriers for the consumer, improving engagement and resulting in real business benefits including higher content consumption, increased subscriber retention and improved service value, especially for the Millennial generation.”

Show Dumping Research Results
Approaching four in 10 survey respondents (37%) said they stopped watching a show they previously enjoyed because it became too difficult to access the content, TiVo highlights. Furthermore, the most frequently cited instances of show-dumping involved shows that typically require a premium pay-TV subscription, are only available via paid OTT subscriptions or are unavailable on OTT services that aggregate content.

Viewers increasingly believe that service providers could do a lot more in the way of improving video search and discovery features and functionality. This is most evident among young adult Millennials, who consume the most content across most platforms, TiVo points out.

According to the study:

This was particularly true in the U.S. Just over one-fifth (21%) of U.S. respondents said they were extremely likely to cord-shave and downgrade their pay-TV service. Thirteen percent said they were strongly considering cutting the cord completely.

In addition, viewers are increasingly connecting to multiple OTT services. Nearly six in 10 respondents (58%) said they pay for more than one subscription streaming video service. Approaching half (45%) said they have more than one streaming media device in their home.

Netflix is well ahead of the pack among SVOD service providers, but the competition for a dominant position in the streaming media device space hasn’t been settled yet, according to TiVo’s show dumping research.

According to the study: