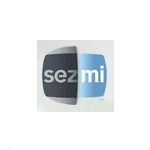 Fans of over-the-top (OTT) video content in 10 U.S. markets will have a new option beginning this week, as Sezmi expands its product and service offering to additional markets including  Boston; Detroit; Ft. Lauderdale, Fla.; Houston; Kansas City, Mo.; Phoenix; Portland, Ore.; Miami; Orlando, and San Francisco. Sezmi offers what it calls an “all-in-one personalized television service” based on a branded receiver for over-the-air channels and a broadband-connected set top box that includes a digital video recorder.

The company has been selling its offering on-line and through Best Buy to people in the Los Angeles area for several months and also has been courting small rural telcos seeking an alternative way of delivering advanced video services to their customers, often in competition with cable companies.

Initially Sezmi’s 10 new markets will only have access to the company’s Sezmi Select offering, which provides local broadcast channels through an advanced reception system as well as an on-demand store that features thousands of free and pay-as-you-go movies and television programs. The company’s Sezmi Select Plus offering, which includes all the capabilities of Sezmi Select and adds live and on-demand programming from cable and broadcast networks for a monthly subscription fee, is already available in Los Angeles but availability of that service will not be expanded until later this year.