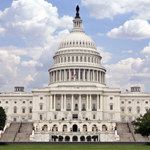 As a fact sheet about the bill notes, there is “broad bipartisan consensus that the data the FCC collects is not sufficiently accurate or granular to pinpoint [broadband coverage] gaps or guide decision-making on where funds should be directed to support broadband buildout.”

The proposed legislation would:

As James Assey, executive vice president for NCTA–The Internet and Television Association, explained at a Senate Broadband Caucus event on broadband mapping last week, a shapefile is akin to drawing around one’s hand to make a turkey shape, only in the case of broadband shapefiles, the area drawn around is the area in which a service provider has broadband available. There was considerable consensus at last week’s events that shapefiles were a good method for keeping track of where broadband is available – although shapefiles are seen as only part of the solution.

As Patrick Halley, senior vice president of advocacy and regulatory affairs for USTelecom–The Broadband Association, noted at the broadband caucus event, we also need to know “where are the locations underneath the shapefile.” There are really two separate issues, he said – data and mapping. He noted, though, that there are many third-party data sources that could be used to help with obtaining the necessary information and that USTelecom is already using multiple data sources in the broadband mapping pilot it has undertaken in two states. He said USTelecom hopes to have recommendations from those pilots by the third quarter of this year, “hopefully sooner.”