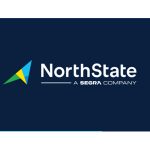 Segra announced today the closing of its acquisition of NorthState. The transaction was first announced back in December 2019. At the time of the announcement, the deal had an enterprise value of $240 million.

North Carolina based NorthState operates both a traditional local exchange carrier business and a fiber network throughout the Triad region of the state. By adding NorthState’s 3,000 route mile fiber network into its fold, Segra continues its mid-Atlantic expansion.

“The Segra team will build on NorthState’s success by focusing on serving the customer first,” stated Tim Biltz, chief executive officer of Segra in a press release. “The acquisition furthers the delivery of a robust set of products, an expanded state-of-the art fiber network, and a superior service experience to all customers throughout our expanded service area.”

The deal also signals the exit of NorthState CEO Royster Tucker III. “As we transition our company, I have complete confidence that our customers will continue to receive outstanding service and the premium technologies they depend on in business and life,” said Tucker in a prepared statement.