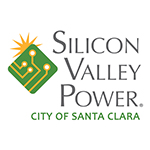 As the wireless industry gets set to ratchet up the deployment of distributed antenna systems, the city of Santa Clara, California offers an interesting deployment model. Silicon Valley Power, the municipally owned utility serving Santa Clara, plans to leverage fiber it installed 15 years ago for sub-station connectivity to also support an outdoor DAS that is expected to be used by multiple wireless carriers.

SVP made the decision to install the distributed antenna system after the city began to get numerous requests from wireless network operators to install equipment on light poles, said Larry Owens, manager of customer services and communications for Silicon Valley Power, in an interview.

“The requests started to be overwhelming,” said Owens. “We had three or four companies wanting to be on some poles, which can’t happen.”

A particularly high-demand area was near the Santa Clara Convention Center, Great America and Levi’s Stadium – and that area was selected for the initial DAS deployment targeted for completion in early 2016. The DAS will be built, maintained and operated by DAS Group Professionals (DGP), a Walnut Creek, California company that does the same for Bay Area Rapid Transit and Levi’s Stadium antenna systems.

The initial Santa Clara DAS will have 40 to 50 cells, Owens said. He added that he expects DAS connectivity to later be extended to other parts of the city.

The DAS for which SVP and DGP opted has electronics enabling the system to support Wi-Fi as well as the various cellular protocols and frequencies used by mobile service providers, Owens explained.

Owens said SVP and DGP have seen “very strong interest” on the part of wireless network operators in using the system.

A Utility-Owned Distributed Antenna System
SVP and DGP are sharing the initial cost of building the new antenna system. SVP is paying for its portion without using taxpayer money and expects to recover its investment within two to three years, Owens said.

The fiber network that will underlie the DAS already is a multi-tasker. After its initial deployment to support substation communications, the network later was used to support a Wi-Fi network providing advanced metering communications as well as free public Wi-Fi connectivity.

Owens believes the SVP distributed antenna deployment is the only outdoor municipally-owned DAS in the country. But the model would seem to be one that could make sense in other communities that have their own fiber networks.