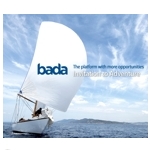 Competition in the mobile OS market is heating up to the point where the market is overcrowded and setting up for an eventual shake-out, according to In-Stat’s recently released “Worldwide Smartphones,” which details, analyzes and forecasts trends and developments  with mobile operating systems.

In-Stat analysts see irony in Bada, the name of Samsung’s new mobile OS platform, which the Korean electronics giant will launch next month. “Samsung seems to be following a trend of OSs that is ‘open’ yet proprietary. The name ‘Bada’ is Korean for ‘ocean.’

The name was chosen ‘to convey the limitless variety of potential applications that can be created using the new platform,’ the analysts comment, but it also serves to highlight “the almost limitless variety of mobile OSs as Bada joins Symbian, Android, Maemo, LiMo, WebOS, Windows Mobile, RIM, OSX, and Moblin to name a few. ‘Anything but Symbian’ might have been another appropriate name as that seems to be the message coming from the major handset vendors, but ‘anything but Symbian’ does not have the simplicity of the Bada moniker.”

The stakes are high, and competition isn’t based solely on hardware anymore, they observe. “Software is becoming the key in determining the user experience. Even within the software stack, however, the focus is shifting from the OS to the software and even more importantly, the applications.

“In fact, the new focus on enabling third party applications places very high stakes on these new OSs. If the growing army of professional and amateur software developers develop or port applications to a particular OS, the success of the handset platform and opportunity for the carrier could be high. If, however, a particular OS does not garner support from developers, then the result could be disastrous.”

Mobile OS developers entering the game at this stage of the market’s development have their work cut out for them, they add, but Samsung stands a good chance of succeeding given the marketing, distribution and hardware it is able to provide.

Even more critical to aspiring mobile OS platform providers’ success is garnering the support of software developers, carriers and consumers. “The momentum of alternative OSs is unmistakable and will continue to cut away at Symbian’s market share,” according to In-Stat vice president of mobile research Frank Dickson. “While it is difficult to forecast the future of new entrants like Bada, the market might of Samsung will give Bada life. In the short term, Android seems to have the strong momentum. 2010 will be the year of Android.”