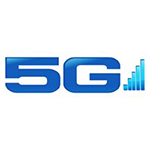 Long a Verizon 5G pilot and trial partner, Samsung officially announced its role as a vendor player in Verizon 5G launch plans. Sacramento, Calif. will be the launch market for Verizon’s 5G service, which will initially focus on fixed wireless service for home broadband. The service is expected to launch in the second half of 2018.

Samsung has been a part of Verizon’s 5G test bed, which included 5G customer trials in seven markets during 2017, including California, Georgia, New Jersey, Massachusetts, Michigan, Texas, and Washington D.C.

According to a Samsung press release, key findings from this trial include:

“To provide these services, Samsung has leveraged in-house technology and assets to develop the first commercial ASIC-based 5G modems and mmWave RFICs,” according to the Samsung press release. “Verizon and Samsung will continue to develop the use cases and applications of Samsung’s 5G technology.”

Other announced vendors for Verizon 5G service include Ericsson. Verizon fixed broadband 5G plans include targeting up to 30 million homes in markets outside of their Fios FTTP markets, said Matt Ellis, Verizon chief financial officer at a recent industry conference. Initial Verizon 5G launch plans include 3 to 5 markets in addition to Sacramento, the company has previously announced.