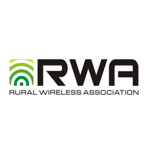 Just two weeks after the FCC released a proposal aimed at preventing small rural carriers from using equipment from certain manufacturers due to security concerns, one rural service provider association is pushing back. The FCC rural equipment ban would “irreparably damage” rural broadband networks, said the Rural Wireless Association in a letter to the commission.

FCC Rural Equipment Ban
The proposed FCC rural equipment ban would prevent service providers that receive money through the Universal Service Fund (USF) program from using equipment deemed to pose a security risk. How that equipment would be determined is still under debate but one proposal calls for the commission to use a list created by the Department of Defense that would ban equipment from Chinese vendors Huawei and ZTE. The vast majority of small rural service providers rely on USF money to cover some of their network costs, and some of these providers have used equipment from manufacturers that could be banned from the USF program.

The FCC is taking the wrong approach to cybersecurity, argued the RWA in its letter.

In its letter, the RWA said it “urges the commission to focus its efforts on the creation of a standards and testing based system and not on imposing a costly and ultimately ineffective ‘country of origin’ prohibitory regime that would provide nothing more than a fake sense of security.”

Instead, the RWA argued that the FCC should create a risk management strategy that would assess the risk from all suppliers and that would apply to all U.S. communications networks, not just those funded through the USF program.

It’s important to note, though, that the nation’s major wireless and landline service providers have avoided using equipment from certain offshore manufacturers since security concerns were initially raised several years ago. Smaller carriers, who typically receive USF funding, have used some of this equipment, however, in large part because such equipment tends to be less costly in comparison with equipment from some other manufacturers. That cost differential may be the basis for the RWA’s claim that the proposed ban would “have the unintended consequence of harming the maintenance and advancement of broadband services in rural America.”

The RWA noted that the FCC’s Communications Security, Reliability and Interoperability Council (CSRIC) has made recommendations about how to ensure the security and reliability of the nation’s communications systems based on input from more than 100 cybersecurity experts, but the commission has not taken action on those recommendations.

The FCC should build on CSRIC’s work in undertaking its supply chain security efforts rather than abandoning those efforts in favor of a ban on specific vendors via a USF eligibility disqualification, the RWA argued.