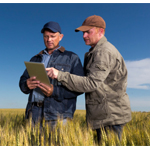 The FRS is a non-profit organization that provides education, information, products and programming to support rural telecom companies.

Rural Telecom Economic Impact Report
The FRS findings were based on information gathered from approximately two thirds of the members of NTCA – The Rural Broadband Association. NTCA members are rural telecom service providers. Collectively, NTCA members employ more than 77,000 people nationwide. Those people received more than $2.3 billion in compensation in 2017.

Researchers also used the North American Industry Classification System (NAICS) and the Chmura economic model to assess rural telecom’s broader economic impact. The NAICS and Chmura information enabled FRS to determine the impact that telecom companies had on other industries on a state-by-state basis.

Broadband provided by rural telecom companies has a positive impact on 29 different industries, according to the report. Industries impacted include banking, health care and others.

As rural stakeholders continue to push to make broadband available nationwide, reports such as this one may be useful in helping to persuade policymakers to support those efforts.