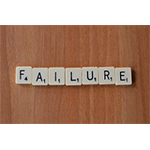 We’re all familiar with the term “too big to fail,” which generally refers to large corporations or organizations that are so large and intertwined within an industry, their failure would be catastrophic to that industry and/or the overall economy. The recent economic downturn featured many too big to fail financial institutions, hence government bailouts were common. But what about companies that are too small to fail?

That interesting concept was introduced this week by Steve Gleave, SVP for marketing at Metaswitch, on a panel I moderated at the Pivot Group annual client conference, Pivot Forward. The panel focused on the ongoing evolution of telcos, which is currently underway in the telecom industry, and an issue that Gleave follows closely. His Telco Americana website highlights the rural telecom industry.

Gleave made the point that we hear so much about firms that are too big to fail, but the opposite may be true for many rural telcos in the U.S. It was an interesting and provocative statement. Are some rural telcos too small to fail?

The point is, many rural telcos serve sparsely populated markets. This is the ‘real’ rural America, where often times, there is 1 home or less than 1 home per square mile. Competitive dynamics so desired by regulators don’t apply in many of these territories – there simply aren’t enough people to economically support competing service providers. The one service provider that is there, wouldn’t be there either, if not for universal service support.

But if that one carrier fails, there will be rural Americans without phone, Internet, or wireless service. And in a country as large and as vast as the U.S., that’s potentially millions of citizens.

Who Ultimately Serves Rural America?
There is an ongoing and passionate debate within the telecom industry on how best to support these ‘service providers of last resort.’ The universal service fund (USF) system that has prevented many of these rural providers from failing is in transition.

It will soon focus on broadband, not phone service. The emergence of the Connect America Fund (CAF) has interesting implications for the rural industry. USF was once the exclusive domain of rural telcos, but in a CAF environment, that may be changing. Non-telco service providers are now in the mix to serve rural America as well, with CAF support.

It’s creating an interesting competitive dynamic. Not in the market for rural customers, but for funding support through CAF to serve those rural customers.

It’s a complex issue, and the concept of too small to fail only adds to the intrigue.