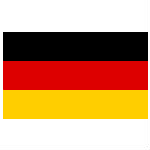 Germany has taken a novel approach to getting broadband deployed in rural areas. As a condition of winning spectrum in a 2010 auction of LTE frequencies, mobile operators were required to agree to bring service first to rural areas lacking high-speed Internet access.

The approach was to use a tiered system, explains a recent press release from Germany Trade & Invest (GTIA)– the foreign trade and promotion agency of the German government. First, towns with approximately 5,000 inhabitants were covered, followed by 20,000-inhabitant towns and then towns with 50,000 inhabitants. LTE providers now have met these obligations, the press release states.

It’s interesting to contrast this with what’s happening in the U.S., where network operators and policymakers are struggling with how to get broadband to rural areas. Germany probably is more densely populated than the U.S., potentially making rural deployments more viable for German network operators — which means that if such an obligation were imposed in the U.S., mobile operators probably would not bid as much for spectrum as they would otherwise. But this approach might help minimize the need to expand the government-administered Universal Service program that is being transitioned to focus on broadband, rather than voice service.

The download speeds that LTE supports compare favorably with landline technologies such as DSL and satellite Internet—and some research shows that the most rural states have the most wireless-only households, suggesting some rural users might actually prefer a mobile broadband option to a fixed one.

I’m not suggesting we should ignore landline-based alternatives or the Universal Service program. But perhaps Germany’s idea is worth considering as an ancillary program — perhaps as a requirement for auctions involving some of the new spectrum the FCC is talking about freeing up for mobile broadband.

The GTIA release, by the way, includes a quote from Julia Oentrich, IT industry expert for GTIA, who said: “The LTE implementation strategy reflects the diversity of Germany’s economy. The German Mittelstand is dispersed across the country, so it makes sense to take this approach.”

I’ll confess I had to look up the word “Mittelstand” on Wikipedia and what I read was quite interesting and pertinent to Telecompetitor readers. The term refers to small and medium-size businesses, often based in rural areas, in German-speaking countries.

According to Wikipedia, Mittelstand companies “focus on innovative and high value manufactured products and occupy worldwide niche market leadership positions in numerous B2B segments. They are typically privately owned and often based in small rural communities.” They also employ 70% of German workers.

Wouldn’t it be great if more rural U.S. communities could get high-speed networks to help attract the same kinds of businesses?

One thought on “Rural Germany Gets LTE Before Urban Areas”