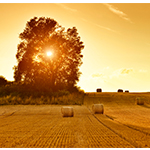 Rural carriers have accepted $65.7 million in new Universal Service ACAM funding, the FCC said today. That program pays some of the costs of deploying and delivering rural broadband to areas that don’t already have service available that meets minimum speed targets. Carriers accepting the new ACAM funding must agree to meet specific buildout targets between now and 2028.

Previously, only areas lacking service at speeds of 10 Mbps downstream and 1 Mbps upstream were eligible for ACAM funding, which awards funding based on a cost model developed by the FCC. But late last year the FCC raised the minimum speed target to 25/3 Mbps, which made at least 106,000 additional rural homes and small businesses eligible for ACAM funding.

At that time, the commission estimated that as much as $67 million might be awarded. The news that carriers accepted $65.7 million illustrates that the response from the carriers was strong.

New ACAM Funding
According to an FCC public notice, the commission made new offers in late February, which carriers had 30 days to consider. A total of 242 offers in 43 states were accepted, with 186 carriers accepting the new offer.

The new funding represents a 31.8% increase in the number of locations that will receive faster broadband through the ACAM program, according to an FCC press release. The percentage increase varies considerably from one state to another, according to a chart that accompanies the press release. In Alaska, Arizona, Montana, North Dakota, Nebraska, New Mexico, South Dakota, Utah and Wyoming, the number of locations that will get higher-speed broadband more than doubled.

Carriers that declined ACAM funding will remain on the traditional high-cost Universal Service program, which covers some costs of deploying and delivering broadband based on embedded costs. At the same time that the FCC announced the additional ACAM funding, the commission also initiated an annual inflation adjustment for the traditional high-cost program and made several changes aimed at providing greater certainty to carriers about the amount of funding they would receive.

An authorization report, also released today, includes a breakdown of the new ACAM offers by carrier.

ACAM funding is only available to the nation’s smaller rural rate-of-return carriers. Larger price cap carriers previously were offered Universal Service funding for areas lacking broadband based on a cost model and many of them accepted the funding. Unclaimed funding for some areas was awarded through the recent Connect America Fund CAF II auction. Areas still unclaimed are expected to be included in a future auction.