Having pioneered over-the-top (OTT) video streaming to TV sets, Roku on April 10 announced it shipped its 5-millionth Roku streaming player in the U.S.

Starting out with Netflix in 2008, Roku set-top box (STB) users are now able instantly stream Internet-based video from a much wider range of OTT video service providers, including Amazon Video on Demand, HBO GO and TWC TV. In total, Roku STB owners have access to about 750 video and music channels at present.

Roku has delivered some 8 billion streams of video and music to its STB customers. Twenty-five percent of Roku players stream more than 35 hours per week to TV sets.

According to Nielsen, the average American devotes 34 hours per week to watching live TV, “which means one in four Roku customers are enjoying the vast majority of their TV time with Roku, making Roku one of the most coveted streaming platforms,” founder and CEO Anthony Wood notes in a post on the company blog.

With the debut of Angry Birds, Roku in 2011 introduced Internet video gaming to the range of content it can stream to TVs. Angry Birds remains the most popular game on Roku today, with the company estimating that “more than 3 billion bad piggies have been eliminated.” 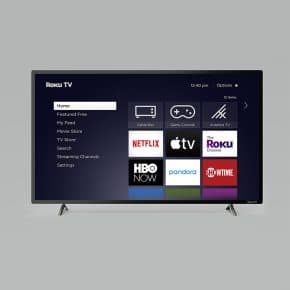