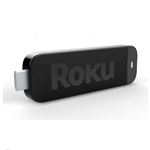 Roku is best known for their OTT video set-top-box, which brings “400 channels” of Internet delivered video content to the TV, including Netflix. They are introducing a new option for this growing appetite of OTT video, which greatly simplifies the move to OTT.

Their new Roku Streaming Stick brings the functionality of an OTT set-top-box to a ‘USB style’ dongle which connects directly to a TV. It’s not actually a USB stick, rather, it’s an HDMI stick, which connects to an HDMI port enabled TV. In effect it removes the need for an external set-top-box, making the move to OTT much more simplified for consumers.

“The Roku Streaming Stick is a game changer for the Smart TV market. It takes the leading streaming platform and integrates into the TV in a way that no one has been able to do before,” said Kurt Scherf, vice president and principal analyst at Parks Associates in a Roku press release.

The Roku OTT-on-a-Stick solution is completely wireless, and features a Wi-Fi connection for access to the Internet, requiring customers to have a video-quality Wi-Fi network. It will only work with MHL enabled HDMI ports. MHL is a new HDMI standard, which among other things, adds power to the HDMI port. The stick also has its own processor, memory, and software. Roku claims it can be controlled by the factory TV remote, although that almost sounds too good to be true in my opinion.

Roku intends to partner with TV manufacturers and sell the dongle as a bundle, as well as sell it individually. Pricing has not been announced, but my guess is it will be sub-$100. Roku announced its first TV partner – Insignia – which is the Best Buy TV brand. The units are expected to ship sometime in the first half of 2012.

While it’s too early to draw firm conclusions regarding the impact of the Roku Streaming Stick, it certainly holds great promise. The removal of the need for an external STB may be very appealing to consumers. Of course, TV manufacturers are going down this road themselves, and embedding their own smart TV software platforms that does much of the same functionality of a Roku box (or stick in this case). The key phrase is “much of the same,” but not all. For example, how many Smart TV platforms also have an Angry Birds app?

Roku is building a streaming platform which will be hard to replicate by the TV manufacturers themselves. In fact many of them may now think it’s better to partner than try to beat Roku at their own game. Regardless, the promise of the Roku Streaming Stick is more about expanding and simplifying the OTT experience, whether with them directly, or through a TV partner. Consumers will be the ultimate judge of its impact. It’s definitely worth keeping an eye on.