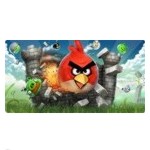 Set-top-box provider Roku is looking to expand their over-the-top (OTT) offering to include more interactivity with the move to include a casual games channel. Roku already provides access to OTT content from the likes of Netflix, Hulu, Amazon, and a host of others. By adding games, Roku is aiming to bring more value to the OTT proposition, perhaps giving consumers more reason to cut the cable cord.

Roku’s biggest win with the casual gaming move is bringing Angry Birds to the TV. Angry Birds, produced by Finland based Rovio, has almost become an industry of its own, with over 200 million downloads to date across mobile device and PC versions.

“Angry Birds is the most popular and fastest growing casual game yet is has been trapped on mobile devices. We believe there’s a huge market for games like these on the TV,” said Roku Founder and CEO Anthony Wood in a press release. “Just as we were the first to enable Netflix to stream instantly to the TV, we intend to be the catalyst for transforming the way people play casual games—starting with Angry Birds—on the biggest screen in the home.”

Roku is clearly looking to build a rival entertainment experience to traditional video subscriptions, and its latest move with casual games and Angry Birds is its latest tactic in doing so. 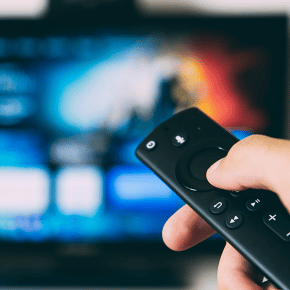