Home » RLECs on USF Contributions: We Shouldn’t Be the Only Ones Paying on Broadband 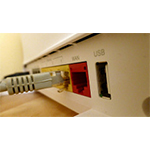 Two telco organizations filed a joint petition with the FCC yesterday asking the commission to temporarily reverse a previous decision that requires rural local exchange carriers (RLECs) to make contributions into the Universal Service Fund (USF) based on broadband as well as voice revenues. The filing, made by NTCA – The Rural Broadband Association and USTelecom, argues that it is unfair for RLECs to be the only service providers required to make USF contributions on that basis.

“Petitioners request targeted, temporary forbearance from USF contribution requirements . . . until such time as the commission reaches a decision on whether any and all broadband services (and not just RLEC-provided broadband internet access transmission services) should be required to contribute to support of federal USF programs or completes some other form of contributions reform,” NTCA and USTelecom wrote in the filing.

Rural and non-rural carriers pay into the USF fund as a percentage of revenues. The revenues upon which that percentage is calculated are called the contribution base.

At that time the commission was considering reforms to the USF contribution system. Accordingly, the decision was made to temporarily require RLECs to include broadband internet access in their contribution base and to temporarily exempt other broadband internet access providers from that requirement. The rationale was that this decision would not disturb the status quo and that “there will be a future opportunity to consider these issues in the contributions docket,” yesterday’s petition explained.

“It has now been more than two years since this ‘future opportunity’ for discussion was mentioned, and unfortunately no visible progress has been made toward either correcting this disparate treatment – which puts rural providers on an uneven playing field – or completing a process for comprehensive contributions reform,” the NTCA/USTelecom petition stated.

Now that the traditional USF program has been reformed to emphasize broadband, RLECs have advocated a broad USF contribution base that would include all providers’ broadband internet access revenues. The current system requires them to charge more for broadband, contributing to a situation in which rural broadband service costs more than equivalent service in urban areas – and by a wide margin.

In a press release, NTCA CEO Shirley Bloomfield reiterated NTCA’s support for comprehensive USF contributions reform, but added that “[p]ending that much-needed effort, the petition we filed today aims to provide targeted, temporary relief to providers and consumers of broadband services in some of our country’s most rural communities until the FCC is able to complete such comprehensive reform. This petition would simply put smaller, rural providers on a level playing field with other operators.”

Opponents argue that requiring all carriers to include broadband in their USF contribution base would increase the cost of broadband for all users. Meanwhile, the FCC has again reversed itself on the treatment of broadband internet access, which once again, has been classified as an information service.