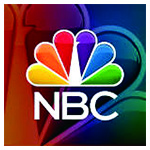 One hundred million unique users tapped into NBC’s digital coverage for the 2016 Rio Summer Olympics. NBC, in partnership with Akamai, racked up some impressive Rio Olympics OTT video stats. The companies set industry milestones in terms of coverage and the amount of digital video content delivered, NBC Olympics highlights in a press release.

NBC teamed with Akamai for online video streaming, website and video delivery, and security solutions. In total, they delivered 3.3 billion minutes of streaming video during the 2016 Rio Olympics, 2.71 billion of which were live.

“The combination of NBC Olympics content and Akamai’s online video delivery technology helped set the stage for what was an unprecedented level of digital coverage from Rio,¨ NBC Sports Group EVP and GM, Digital Media Rick Cordella was quoted as saying.

¨We not only set new benchmarks for the amount of content delivered; we also for the first time live streamed to connected TVs and introduced virtual reality (VR) experiences, all of which provided viewers with more choice than ever for how, when and where they were able enjoy NBC Olympics’ coverage from Rio.”

Driving Rio Olympics OTT Video Stats
The 2016 Rio Olympics was the single largest sporting event Akamai has supported, added EVP and GM, Media Division Bill Wheaton. “Akamai is proud of our longstanding partnership with NBC Olympics as it continues to innovate in its presentation of many of sport’s seminal events, including the Rio Olympics…

¨The Games featured live streaming to connected TV platforms, marking the evolution of streaming to support large-format living room displays along with record consumption by online audiences taking advantage of both primary and secondary screens.”

NBC Olympics made use of Akamai’s Media Delivery and Acceleration Services for live streaming and on-demand video delivery via NBCOlympics.com, the NBC Sports mobile app and connected TV platforms. The broadcast network’s 2016 Olympics unit also made use of Akamai Ion to assure high performance of Web and mobile platforms in order to ensure a high-quality end-user experience. Akamai’s Kona Defender was used to protect NBC Olympics’ sites from DDoS and other types of Internet attacks.

Capitalizing on major sporting events also provides an opportunity for TV and cable broadcast networks to respond to competition from OTT video service providers. Given the huge viewing audiences, TV and cable broadcasters can demonstrate how they’re making use of the latest digital video technology and ushering in a new TV age.