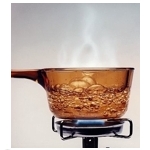 The recent Disney/ABC-Cablevision flap over retransmission of WABC in the New York area – which almost led to the Oscar’s broadcast being blacked out to 3 million Cablevision subscribers – has prompted a coalition of sorts among cable/DBS/telco providers, including the American Cable Association and OPASTCO, to petition the FCC to rewrite retransmission rules. It’s an effort the industry says is long overdue.

“Consumers are increasingly being put in the middle of disputes between programmers and distributors, including recurring threats of going dark, high-stakes public negotiations, and, in the case of ABC’s recent withdrawal of programming from three million Cablevision subscribers, highly disruptive blackouts,” Time Warner Cable (TWC) stated in a news release.  TWC is the highest profile cable company involved in the petition. Comcast is noticeably absent, leading some to believe their pending acquisition of NBC-Universal is changing the ‘true colors’ of the largest cable MSO in the land.

The petition calls on the FCC to stop the practice by broadcasters of  “employing several abusive practices, including the pulling of signals just prior to nationally important events in order to extract excessive compensation from multichannel video providers.” The coalition pushing this petition is made up of a diverse group of telecompetitors, including ACA, Bright House Networks, Cablevision, Charter Communications, DIRECTV, DISH Network, Insight Communications, Mediacom Communications, New America Foundation, Organization for the Promotion and Advancement of Small Telecommunications Companies (OPASTCO), Public Knowledge, Suddenlink Communications, Time Warner Cable, and Verizon.

The ACA plans to add to the petition as the rulemaking process unfolds, including urging the FCC to limit the ability of TV stations “to distort competition by charging smaller cable operators much more per subscriber for retransmission consent than they normally charge other, usually much larger, providers competing in the same market.”

“ACA believes it is necessary for the FCC to intervene to protect consumers from a fractured retransmission consent process loaded down with regulatory advantages that broadcasters zealously exploit to enrich themselves and leave cable subscribers with higher monthly bills,” ACA president and CEO Matthew M. Polka said.