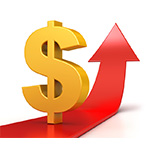 The retransmission fees that U.S. television station owners collect from cable, direct broadcast satellite and telco video providers will rise from $10.57 billion in 2018 to $11.72 this year, according to a retransmission fee forecast published in Broadcast Investor, an e-newsletter from Kagan, a group within S&P Global Market Intelligence.

The increase, which is 11%, is an upward revision from last year’s projections. The reasons for the change are consolidation in the industry and a continued rise in renewal rates “with increased bargaining power on legacy and streaming platforms for major network TV stations,” according to Broadcast Investor.

“Our reverse retrans projections call for major affiliate owners to send back $3.57 billion to the major broadcast networks in 2019, up 9% from an estimated $3.27 billion in reverse retrans in 2018, representing 50% of total affiliate retrans revenue of $7.08 billion. Major networks include ABC, CBS, NBC, FOX, MyNetworkTV, The CW, Telemundo, Univision and UniMás,” according to the press release.

The group projects that the retrans and virtual sub fees will grow to $16.26 billion by 2024. “Affiliation and retrans renewals generally have staggered contract expiration dates so TV station owners have some visibility on their net retrans. Retrans contracts are renewed every two to three years, while affiliation agreements average four to five years.”

The group says that investor presentations and executive guidance in first-quarter earnings calls suggest that TV station owners are seeking retrans rates in the $2.50 to $3.00 per sub range for the big four network stations. That will increase to $3.50 or more with annual rate step-ups over the life of the contracts, according to the Broadcast Investor author.

It is a contentious area. Earlier this month, the American Television Alliance said that there already have been 213 blackouts this year in which broadcasters block video providers from carrying their content.