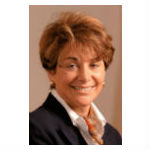 Broadcasters would be required to make content available to pay TV providers during retransmission consent negotiations if a draft bill circulated by Congresswoman Anna Eshoo (D-Calif.) becomes law. The bill is to be known as “Video Consumers Have Options in Choosing Entertainment Act of 2013” or simply the “Video CHOICE Act of 2013.”

“Recurring TV blackouts, including the 91 U.S. markets impacted in 2012, have made it abundantly clear that the FCC needs explicit statutory authority to intervene when retransmission disputes break down,” Eshoo said in an announcement of the draft bill issued today.

The FCC in 2011 explored what it might do to improve notification to consumers in advance of possible service disruptions caused by negotiation impasses but has long maintained that it does not have the authority to order interim carriage of broadcast programming during negotiations. The draft bill aims to give the commission that authority.

The legislation also has four other key components:

The American Cable Association, which represents the nation’s smaller cable companies, was quick to issue a press release praising the draft legislation, calling it a “a set of commonsense reforms.”