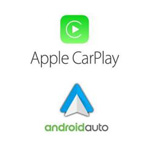 A report from Strategy Analytics’ In-Vehicle UX (IVX) team found rising popularity of smartphone mirroring for connected cars. These systems, which give passengers access to smartphone apps through the in-car human machine interface (HMI), are a must-have feature for many people shopping for new cars in the U.S., western Europe and China.

“Consumers find mirrored systems far more preferable to embedded infotainment systems due to stronger visual appeal and better usability for key in-car tasks,” said Diane O’Neill, Director UXIP and report author in a press release. “We are finding that most consumers are using Android Auto and CarPlay for a majority of their in-car infotainment tasks, often to the exclusion of embedded systems.”

Key findings from the report:

“This continues to present bad news for embedded navigation suppliers and OEMs that want to sell upgraded navigation systems,” said Chris Schreiner, the Director of Syndicated Research for UXIP, in the press release about the popularity of smartphone mirroring for connected cars. “While OEMs still offer mirroring systems at lower price points than embedded navigation systems, consumer willingness to pay and appetite for familiar user interfaces suggests that mirroring systems will only continue to rise in preference.”

Automobiles are a moving target, literally and figuratively, for telecommunications companies. Of course, autonomous vehicles that take on some (and, eventually, all) of the driving responsibilities are being developed. The other frontiers are navigation aids and providing entertainment and work capabilities to passengers. The categories often are lumped together. They are, however, discreet and must be addressed individually.

At the very end of 2016, Volvo announced Skype for Business in cars. The platform initially was slate for the Volvo 90 Series line and was to be embedded in the center displays. Skype for Business enables passengers in the car to join meetings.