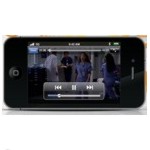 The average volume of video traffic on mobile networks has risen 10% since February, 2011, from 40% to 50% of total traffic. For particular mobile networks, it’s as high as 69% of overall traffic, according to Bytemobile’s “Mobile Analytics Report — February 2012.”

In producing its latest report on mobile network video traffic Bytemobile found that while the average YouTube and Facebook user spends roughly the same amount of time on the respective social media sites – about nine minutes per session – YouTube “generates a staggering 350 times more traffic.”

Some 83% of traffic coming from Apple iOS mobile devices comes from just three native Apple apps: Media Player, Safari and App Store/iTunes at 47%, 21% and 15%, respectively. Apple’s Safari Web browser is the single most used, accounting for more than 60% of transactions between the device and mobile networks.

Android devices, meanwhile, generate more advertising transactions and corresponding data volume on mobile networks than iOS devices, Bytemobile found. In addition, “Google is far and away the most dominant source of mobile data traffic produced by advertisements, with an average of 75% of the total ad-generated data.”