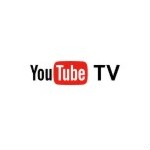 Virtual multichannel video programming distributor (vMVPD) revenue will reach $24 billion by 2023, according to Digital TV Research. vMVPDs include products like DIRECTV NOW, Sling TV, and YouTube TV, among others. U.S. vMVPD subscribers will lead the globe, followed by India.

The $24 billion figure is eight times the $3 billion in revenue that the industry generated last year. Those revenues, the report says, will more than triple programmer direct to consumer (D2C) revenues, generated from services like CBS All Access, in the 17 countries covered by the report.

“We forecast 77 million vMVPD subscribers by 2023, up from 21 million at end-2017,” Simon Murray, Principal Analyst at Digital TV Research, said in a press release. “The US will contribute 28 million to the 2023 total, with India supplying 16 million.”

The way in which viewers are consuming programming is evolving quickly. New sources, such as YouTube TV, Sling TV, fubo, and PlayStation Vue, have sprung up and/or expanded in the past year or so.

The good news for the sector is that it seems to be gaining favor. vMVPD scored well on a satisfaction survey conducted last autumn by the Diffusion Group. The “Q2 Benchmarking the Connected Consumer” report found that the service have not yet grown significantly in popularity, but that just about half – 49% — of respondents ranged service as “very good” and 37% ranked it as “good.” Eleven percent were neutral and a scant 3% said that services were poor.