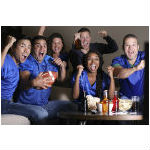 Skyrocketing Sports Costs
Individual sports channels cost pay-TV providers an average of $1.11 per subscriber per month, which is more than double the average cost per channel of 49 cents, according to the researchers. The researchers note, however, that the cost of sports channels varies considerably from one channel to the next. While the Outdoor Channel and Sportsman Channel cost between 5 and 7 cents per subscriber per month, ESPN costs an average of $7.46 per month.

Kagan’s research suggests that the fees pay-TV providers charge customers for sports networks are less than programming costs for those networks. According to the researchers, the average cost per subscriber for sports networks was $13.30 in 2018 – which is less than the average sports programming cost of $18.55 per subscriber.

For now, pay-TV providers apparently are earning a margin by covering some sports programming costs with revenues from other types of programming. Moving forward, however, that may not be sustainable.

As the researchers note, for non-sports fans, “the continued growth of sports programming costs in pay-TV bills has fueled the transition to digital platforms, where there is more customization, and prices better reflect a customer’s interests.”

Unsurprisingly, the average cash flow margin at cable networks has grown from less than 30% in 1996 to more than 40% in 2018, according to Kagan. During the same period, margins on video for pay-TV providers declined. 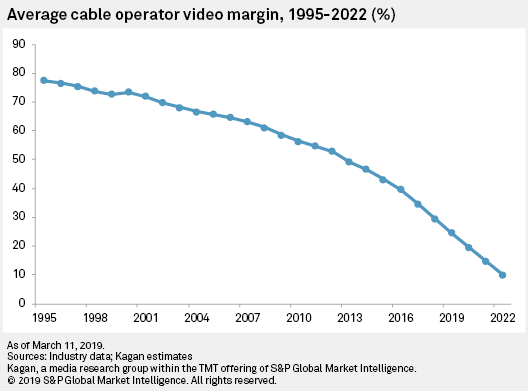 Kagan’s report appears to be based primarily on data from large pay-TV providers. Smaller providers with fewer customers pay even more for programming on a per-customer basis, and some already report making no profit on video services. These providers typically offer video as part of a bundle that also includes broadband and they rely on broadband margins to help cover video programming costs.