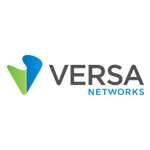 Securing the corporate WAN is the top challenge for network professionals, with complexity cited as the most difficult obstacle, prompting more than 85% of companies to consider SD-WAN, according to a new SD-WAN report conducted by Dimensional Research for SD-WAN developer Versa Networks.

Researchers found that nearly three quarters of organizations (74%) utilize a direct internet connection and simultaneously must deploy more devices to combat threats and other risks. This growing number of devices ultimately increased the time to provision new branch locations, taking longer than a month for more than a third (32%) of surveyed organizations. Additionally, more than half (54%) of organizations revealed that their branch network had experienced a breach.

SD-WAN Report
Only 68 percent of organizations said they were considering SD-WAN adoption in a similar survey that was conducted in November 2016, according to Versa Networks. Additionally, nearly every network professional surveyed (96%) indicated that an aggressive approach to networking and security will be required going forward.

“Not surprising is that the move to multi-cloud and SaaS is revealing additional attack vectors that have also created a more treacherous threat environment for the enterprise,” said Versa’s head of product marketing, Rob McBride, in a prepared statement. “Consequently, the explosion of multi-cloud infrastructure and SaaS applications that are driving today’s rapidly evolving network have also caused WAN security to be a top priority for numerous network professionals. “

Among other survey findings: