Home » Report: Siri a Hit, But Will It Succeed on the TV? 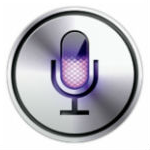 “Siri is clearly a hit among the initial iPhone user base,” said John Barrett, Parks Associates’ director of Consumer Analytics. “Consumers like Siri because it’s convenient, easy to use, and helpful for remembering important information (e.g., birthdays) and its hands-free capability makes it easy to send texts, emails, and phone calls.”

Apple may soon launch a TV set with a Siri voice interface, according to Parks, and “the popularity and usability of the company’s natural language user interface could determine the extent of Apple’s impact on the TV market.”

Looking towards Apple TV and larger screens, 37% of respondents said they’d also want to have a similar voice-command interface for their TV set, while roughly 20% said they would not.

“I would have expected more owners to want Siri for their TV set,” Barrett commented. “These are the folks that rushed out to get the new iPhone 4S.”

“People are expressing some reservations about Siri that could impact its popularity on other platforms,” Barrett continued. “Some said Siri didn’t work well against background noise. Others said it had trouble understanding commands. These problems could be amplified in a noisy living room, where the main TV would be located.”

“Multiscreen is the next battleground for content delivery,” added Harry Wang, director of Mobile Research for Parks Associates. “Siri could represent a business model breakthrough for Apple in driving content consumption on its iOS Platform to multiple screens in the home.”