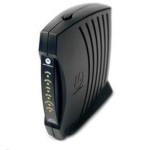 Serving as hubs for home area networks, residential gateways are expected to overtake set-top boxes (STBs), with shipments forecast to triple between 2012 and 2015, according to a report released today from IHS. Though small at present, residential gateway shipments will get a big boost as cable and wireless telecom providers roll out wireless broadband services, according to “IHS iSuppli Consumer Platforms” report.

“While the set-top box has been the heart of the home media environment, acting as the home’s primary media interface to the outside world and also connecting to the network and the TV, the residential gateway will be the next step up as it is able to link together an even wider range of devices,” commented Jordan Selburn, senior principal analyst for consumer platforms at IHS.

“Through the residential gateway, a set-top box acting as a central server can be connected to any number of thin client boxes–and eventually to other media devices being used in the home, like smartphones or tablets–in order to deliver content. As such, gateways can become the nucleus of the digital living room, where consumers have seamless access to material from a wide range of sources.”

Anticipated growth in shipments will be centered on the North American market at first, with shipments increasing as the market expands to include emerging markets and regions, such as Brazil, China, India and Russia during the latter part of the decade. Leading service providers will begin to adopt the server/client model now seen in DirecTV, Comcast and others’ “Whole Home DVR” service, IHS said.

Underlying forecast growth in residential gateway shipments are advances in the computing/processing power of the latest media processing IC chips. Intel, Broadcom and STMicroelectronics offer single chipsets for the gateway and client markets with processing power that up until recently required a separate co-processing chip.