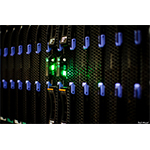 Network automation investment will grow by about 30% between now and 2021 and 75% of responding companies said they would implement full or significant automation during the next five years. The research was conducted by ACG Research on behalf of Ciena. Respondents included decision makers from service providers and large enterprises worldwide.

“A new theme has started to emerge in our conversations with customers around the globe. Automation, programmability, and intelligence have become critical keystones of future networks,” Joe Cumello, the Vice President and Head of Global Marketing for Ciena said in a press release. “With the pace of growth in capacity, devices, and mobility moving exceedingly fast, adaptive networks, which combine these attributes, will allow organizations to not only survive, but thrive in the face of increasing complexity and unpredictable growth to support the services and applications of tomorrow.”

Training and education will be keys going forward. “One of the key survey findings that stood out to me was the need for trained, skilled personnel in the area of programmable networks and automation,” Tim Doiron, the Principal Analyst for Intelligent Networking at ACG said in the press release. “Operators expect their vendor partners to be able to help them with not only products and services but also with bridging the skills gap between telecom and IT as they execute their automation journey.”

Automation is a broad term that applies to many layers of the network, from underlying physical connectivity to network operations and high-level applications. At the networking layer, AT&T and the Open Network Foundation said last month that they will integrate the Open Network Automation Platform (ONAP) with multi-gigabit passive optical networks. This collaboration is leveraging work the ONF has already done on multi-gigabit passive optional networks (PONs).