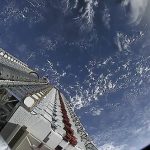 Broadband service delivered from low earth orbit (LEO) satellites faces considerable risk, involving factors as diverse as funding challenges and space trash, according to a new report from CoBank Knowledge Exchange, a unit of rural broadband lender CoBank. Of those companies that have entered the LEO market, the researchers see Amazon having the best chance of success.

LEO Satellite
On the plus side, LEO broadband is expected to provide faster speeds and lower latency in comparison with traditional geostationary satellite broadband, the researchers note. LEO operators such as Amazon, SpaceX and Telesat are targeting speeds that will be comparable to those provided by fiber broadband. They also note that LEO broadband has a cost advantage in certain areas. For example, the cost to launch one kilogram into orbit is now about $2,720, in comparison with $18,500 as of 2000 when some geostationary satellites were launched.

LEO Broadband Risk
The risks to LEO operators are substantial, according to CoBank. The researchers note, for example, that if some LEO operators were to lose a key investor, they could be forced to declare bankruptcy – a fate that already befell LEO operator OneWeb.

Another concern is space trash and something called the Kessler syndrome, which CoBank defines as “a theoretical scenario where the density of LEO satellites reaches a critical mass leading to a chain reaction of collisions creating more debris leading to more collisions.”

The researchers cite an Amazon FCC filing stating that if 10% of Amazon satellites were to fail in orbit, there would be a 12% chance that one of them could collide with a piece of space debris. With a 5% failure rate, the collision risk would drop to 6%.

Amazon is planning for much lower failure rates, according to the researchers. They add, though, that “this is yet another headwind the industry needs to overcome.”

Other concerns, according to CoBank: The FCC is skeptical about LEO speed and latency targets. And while the LEO offerings would appear well suited for rural areas lacking other broadband options, the services face substantial competition in suburban markets. And even rural markets are becoming increasingly competitive.

The Amazon Advantage
Amazon has certain advantages in the LEO broadband market, according to CoBank.

“Unlike VC-backed firms, access to capital is not an issue for Amazon’s Kuiper,” researchers wrote.

The researchers also see Amazon’s ability to sell service as part of a bundle as an advantage. On the business side, the researchers envision Amazon bundling Kuiper broadband with Amazon Web Services. On the consumer side, satellite broadband might include a discounted Prime subscription and enhanced rewards program.