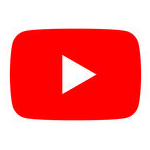 A new research report from The NPD Group shows that 57 percent of all smartphone users use an app at least once a month to access video content. Accessing that video app contributes to mobile video streaming as the dominant form of smartphone data

NPD’s Smartphone and Tablet usage report also shows that two-thirds of iOS users use such an app monthly, while 49 percent of those with Android devices use such an app at least once a month.

With that type of popularity, it is not surprising that streaming video is the top driver of cellular and Wi-Fi data consumption on mobile and fixed networks, accounting for 78 percent of the total data used by smartphone owners. YouTube, Netflix and similar streaming video are the primary drivers.

Mobile Video Streaming
Nearly half (45 percent) of smartphone users access YouTube on a monthly basis, while 18 percent of users launch the Netflix app monthly. Those with iOS devices are much more likely to access Netflix, with one quarter using this app at least once per month, compared to only 10 percent for Android users.

“Smartphone penetration is continuing to grow and the battle among mobile carriers to retain current subscribers, as well as grow their base is fierce,” said  Brad Akyuz, director, industry analyst for NPD’s Connected Intelligence, in a press release. “Access to content is becoming a key differentiator for carriers, in addition to unlimited data plans that allow consumers to watch OTT video at home and on the go with peace of mind. As the installed base of smartphones with large displays grows, we expect mobile video data consumption will do the same.”

In total, 57 million U.S. households own a TV-connected device, up from 50 million a year ago, which is driving an increase in usage across the top video streaming services.