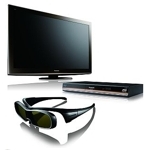 Price, size, and picture quality were the three deciding factors for U.S. consumers in the market for a television, though they’re placing more importance on technology features, including Internet connectivity and 3-D display capabilities, according to a new report from IHS Screen Digest TV Systems Service.

Price was the biggest factor for U.S. TV owners planning to buy a TV set, according to the IHS Smart TV Survey 2012: 53% cited cost as the most important factor in their purchase decisions as compared to 27.9% for those who had already bought one.

Screen size was another important factor in U.S. consumers’ purchase decisions in the 12 months prior to the survey being taken. Half of those responding said size was a factor in their purchase decision. Interest in larger screens is increasing in the U.S.: 36% of buyers said they plan to purchase a TV with a screen size of at least 50 inches, according to IHS. That’s up from 24% among those who bought a TV the previous year.

Surveying 658 U.S. adult TV owners, IHS Screen Digest researchers found that 30.7% of those who intended to buy a television during the next 12 months said they would buy a smart TV set with built-in Internet connectivity. By comparison, only 18% of respondents who said they had bought a TV set in the previous 12 months said they wanted a smart TV.

Completed in June, 2012, the IHS Smart TV Consumer Survey 2012 revealed that 18.8% of respondents intending to buy a TV set in the ensuing 12 months said they planned on buying a 3-D model.

“Features most commonly found on high-end TV models and bigger screen-size sets, like 3-D and Internet-connectivity, are becoming more important to U.S. consumers,” IHS TV systems analyst Veronica Thayer was quoted in an IHS press release. “But the appeal of 3-D TV remains far lower than that of Internet-enabled sets—often marketed as smart TVs.”

Attracting the most attention are liquid crystal TV sets making use of light-emitting diode (LED) backlighting, according to IHS Screen Digest.

These and other factors led LED TV shipments in the U.S. to soar to nearly half of total unit shipments in 2012, surpassing those of CCFL-backlit (cold cathode filament lamp) LCD TVs for the first time, IHS added. “The price gap is shrinking between LEDs and LCD TVs using the older CCFL backlighting technology. Meanwhile, more LED TV models are available,” IHS analysts pointed out.