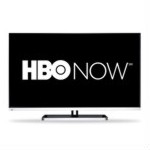 HBO Now earned the highest SVOD customer satisfaction scores in all but three of the key attributes Strategy Analytics measured: the number of and availability of TV shows and films; how easy it is to find them, and overall service value, according to a news release.

SVOD Customer Satisfaction
Drilling down into HBO Now’s customer satisfaction rating, the content provider’s SVOD service rated especially high with respect to the availability of current and past season’s TV shows and the number of hit movies and original programs on offer.

“HBO Now has successfully positioned itself as a go-to-service for quality programs, especially movies,” commented Strategy Analytics’ Digital Media Strategies analyst Zhaowen Wu in a press release. “Though HBO Now has a much smaller library than other SVOD services, it has more blockbuster movies and hit series such as Game of Thrones and Westworld.”

All that said, Netflix came out on top when SVOD subscribers were asked to give SVOD services a single, overall satisfaction rating. Hulu followed in second, edging out HBO Now.

“[H]owever, once one gets into the weeds, the reality is that HBO subscribers are the most satisfied with nearly all elements that make up a strong SVOD service.”