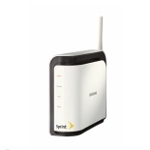 Wireless operators’ “3G small cell deployments are achieving volume and extending into new markets beyond the home,” according to Informa Telecoms & Media’s latest femtocell market status report , which was produced for the Femto Forum website. An increasing number of cellular network providers are committing to LTE small cell deployments, a key market trend as we move into 2012.

There are 37 commercial femtocell deployments spanning 23 countries at present, and 15 further operator commitments globally by Informa’s count. More than 2.3 million femtocells are now active in homes and businesses, as well as in metropolitan and rural environments, which means that there are more 3G femtocells out there than there are conventional 3G base stations. Informa forecasts the number of femtocells in operation globally will grow to 48 million access points by 2014, according to a news release.

Femtocells Around the World
In the U.K., Telefonica O2 announced pre-launch details of its “Boostbox” femtocell service for consumers and businesses. A number of femtocell deployments have now exceeded 100,000 units, “demonstrating the scalability and mass-market appeal of the technology,” Informa points out.

The U.S. is the world’s largest and most mature femtocell market. Sprint, the first network operator to deploy femtocells, reported that it’s rolled out 500,000 units and expects to surpass 1 million by 2013. AT&T’s is the world’s largest femtocell deployment. Several European and Asian network operators are achieving scale, however, including Vodafone UK, Japan’s Softbank and France’s SFR, all of which have reported deploying more than 100,000 units. Vodafone now offers femtocells in 12 countries and plans to deploy them across its geographic footprint, Informa notes.

Extending the use of femtocells outside the home and businesses, Vodafone UK recently announced it will offer public, rural femtocell access to “not spots” and areas where traditional cellular base stations have been considered uneconomic. A previous Informa survey showed that 60% of cellular network operators believe small cells will be more important than macrocells in LTE networks.

Outside GSM, CDMA operators are aggressively deploying femtocells. Sprint and Verizon have launched enterprise applications that enable several femtocells to be linked to cover large buildings, according to Informa. The Femto Forum and 3GPP2 (3rd Generation Partnership Project 2) have published an operator guide that details best deployment practices.

“In the past some people feared that provisioning or cell planning would limit the scale of femtocell deployments. It is now clear that deployments are routinely reaching volume with multiple operators surpassing 100,000 deployed units, and moving towards the millions,” said Dimitris Mavrakis, Informa Telecoms & Media principal analyst.