Home » Report: Disruption of the Traditional Bundle Will Only Get Worse, Next-Gen Bundles Now on Tap 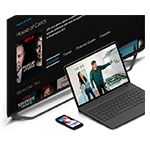 The traditional triple play bundle of Internet, TV and phone proved to be quite successful for service providers who could deliver it. The cable industry used the addition of phone to TV and Internet quite effectively, especially against telco competitors. Telcos responded with their own version of TV, IPTV or DBS, to compete with a triple play bundle of their own. Both sectors rode a wave of success for a while. But times are changing.

Next-gen bundles are now in demand by a growing number of consumers and they feature broadband as the main component, bundled with services like smartphones/mobile or OTT video. More double play than triple play, and featuring applications and services that enable the digital lifestyle. Ovum forecasts that these next-gen bundles will capture 25% of the global market by 2021, with a larger impact in the U.S.

“Competition in the bundles space in the US, in particular, is fierce,” said Kamalini Ganguly, Ovum senior analyst, Broadband and Multiplay, in a brief about the report. “Cable companies have been losing pay-TV subscriptions for some time and as a result have also lost momentum in traditional bundle subscription growth. Telcos are following a similar path.”

This is one reason you see Comcast entering the wireless space with Xfinity Mobile and targeting their broadband base with a mobile bundle.

Ganguly believes telcos may be particularly vulnerable. “More often than not, telcos are not aware of demographic trends and how to bundle in accordance with changing demographics within their customer base or the wider community, particularly in the US,” she said.

This trend could cause particular pain with smaller regulated tier 3 telcos in the U.S., who are often compelled to tie a phone line with broadband, often in a bundled fashion. Ovum predicts that penetration of traditional bundles will decrease from 60% in 2017 to roughly 44% in 2021.

Other key findings from the Ovum survey include: