Home » Report: Dish to Buy Spectrum, Prepaid Assets from T-Mobile and Sprint; What Will Dish’s Wireless Strategy Be? 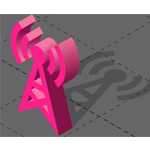 Dish Network has agreed to acquire prepaid mobile operations and spectrum from Sprint and T-Mobile, according to a report published by Bloomberg. According to the report, Dish will pay about $1.5 billion for the prepaid mobile business and about $3.5 billion for spectrum. The report, based on discussions with people familiar with the matter, raises questions about what a Dish wireless strategy would be.

As a result of the deal, the Department of Justice is expected to approve the pending Sprint T-Mobile merger. A key concern of merger opponents was that without the prepaid business divestitures, the merged company would control more than 50% of the U.S. prepaid market.

So what will Dish do with its new assets?

Dish Wireless Strategy
Dish’s traditional business of delivering video by satellite has come under pressure as cord-cutting increases, and the company seems to see wireless as the most logical new business area.

According to the Bloomberg report, the Dish Sprint T-Mobile agreement includes a seven-year wholesale agreement that will allow Dish to sell T-Mobile wireless service under the Dish brand. The merged T-Mobile Sprint will also provide operational support for three years related to the prepaid business.

Additionally, the deal prevents Dish from selling its new wireless assets or handing over control of the agreement to a third party for three years, Bloomberg reported.

Dish Network already owns wireless spectrum in the 600 MHz and AWS-4 bands and faces buildout deadlines for that spectrum. The Bloomberg report did not specify the frequency band of the spectrum that Dish expects to acquire from Sprint and/or T-Mobile but undoubtedly the new spectrum will have buildout requirements as well.

Last year, Dish said its initial move into the wireless business is to build a network to support Internet of Things (IoT) applications and that the company eventually would deploy 5G.

At that time, Dish CEO Charlie Ergen referred to Dish’s wireless plans as a “hobby” that added excitement to his job but might not change his standard of living.

The deal with Sprint and T-Mobile should raise the status of Dish’s wireless business from that of a hobby. Although the prepaid business is somewhat of a niche market, the deal to resell service from the merged company could be a big boost for Dish, potentially allowing the company to launch a service akin to the ones from Comcast and Charter that are based, in large part, on reselling Verizon service.

Comcast has been more successful than some expected with its offering, dubbed Xfinity Mobile — and Dish, like Comcast, has an installed base of video customers to which it could market its service. And although resale traditionally has been a low-margin business, it’s likely that Dish got favorable resale pricing, considering that the sale to Dish was critical to the Sprint T-Mobile merger plans.

Gaining share and profitability in the wireless market will not be easy, though. Sprint itself has struggled in the highly competitive wireless market. And although the DOJ has said it believes the U.S. needs four major carriers to keep offerings competitive for consumers, others might question whether four major carriers can thrive in that environment.