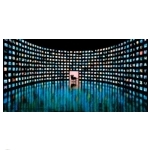 TV Everywhere (TVE) continues to advance across the U.S. as technological hurdles are surmounted. The acquisition of content distribution rights, as well as providing consumers with comprehensive, coherent education and support, remain major obstacles, however, according to a new report from ABI Research.

Assessing the state of play across the U.S. TV Everywhere market, “nearly 1/3 of U.S. Telco TV households are expected to access multiscreen or TV Everywhere services by the end of 2013 – the vast majority of which already use advanced interactive features like remote programming a DVR,” according to ABI’s, “OTT and Multi-screen Services Research Service.”

Though getting off to an early lead, cable service providers are slightly behind as “the growth rate for these services is slower because of the greater diversity of cable households and services (not all service providers offer TVE),” ABI analysts note. Satellite TV service providers bring up the rear, “due to slower starts and lack of in-house broadband services, but offer some novel experiences like Dish’s Sling place-shifting technology.”

“The market is still developing with many of the early growing pains, like authentication, finally starting to take a back seat to the content,” ABI senior analyst Michael Inouye commented. “In many respects the technology is in place to increasingly offer wider reaching TVE services.

In addition, consumers need help when it comes to navigating content availability and fragmented device support, ABI says. Outside computers, the Apple’s iPad is the most supported TVE device in the US market. ABI reports that iOS and Android smartphones and tablets capture the lion’s share of device support, besting even the popular game consoles, speaking to the vital importance mobility plays in the future of TVE market.

“In the multiscreen and OTT space the MVPDs are moving at a relatively fast pace – rapid enough that in some instances the platforms have outpaced consumer awareness,” ABI practice director Sam Rosen was quoted in a press release.