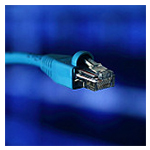 CenturyLink has the largest carrier Ethernet market share in the U.S., followed by AT&T, Verizon, Spectrum Enterprise, Comcast and Windstream, according to the 2018 Vertical System Group Carrier Ethernet Leaderboard. The companies each have at least 4% of the market in the United States.

The market is getting bigger but the revenue dynamics are changing. “Despite its relative maturity, the Ethernet market continues to expand at a healthy pace. U.S. port installations grew more than twelve percent in 2018, in line with our forecasts,” Rick Malone, the principal of Vertical Systems Group, said in a press release. “However, revenue growth is not keeping pace with port growth due to falling prices and changing service mixes. One notable catalyst is the deployment of SD-WAN, which is resulting in customers shifting from switched Ethernet services to dedicated Internet access.”

VSG also said that seven companies reached the Challenge Tier, which is between 1% and 4% of the U.S. retail Ethernet market. They are (in alphabetical order): Altice USA, Cogent, Cox, Frontier, GTT, Sprint and Zayo.

CenturyLink’s top finish was not a surprise, as it was tops on the Leaderboard that VSG compiled last August as well.