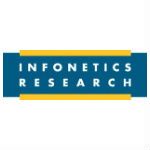 In the former, Infonetics finds that T1 lines are, and will remain, the predominant enterprise telecommunications trunking link with the outside world. The research firm notes, though, that the SIP trunking market is growing and that it is pretty much wide open, leaving opportunities for more recent market entrants to compete with market leaders AT&T and Verizon.

In its VoIP and UC (unified communications) services report, Infonetics’ analysts found that while the residential and Small Office-Home Office (SOHO) segment continues to generate more revenue than the business segment, the business segment is growing much faster, largely as a result of SIP trunking.

“The revenue that service providers derive from their residential and SOHO VoIP subscribers still eclipses what they get from businesses, but the business segment is growing about twice as fast, due in large part to the surging popularity of SIP trunking and hosted VoIP and UC services,” commented Diane Myers, directing analyst for VoIP and IMS at Infonetics Research. “Adoption of VoIP services across both the residential and business segments continues to grow, and we expect strong global growth in VoIP service revenue over at least the next five years.”

Highlights of Infonetics’ “VoIP and UC Services Market” report include: