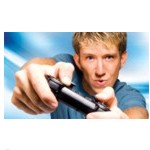 People are spending an average of 20% more time on online games than they were a year ago, according to a new report from Limelight Networks. The report lands on the same day that Google unveiled a new streaming gaming service, Stadia, which aims to do to gaming, what Netflix did to movies and TV shows.

No surprise that young adults are the heaviest gamers, the report added, with gamers age 26 to 35 playing for eight hours, 13 minutes each week, up 25% from a year ago.

“The growth in online gaming—both in playing time as well as in viewership—has raised expectations for fast online performance,” said Michael Milligan, Limelight Networks senior director, in a prepared statement. “Whether it’s downloading game updates, joining a squad online to take on the competition, or learning new techniques from favorite live streamers, gamers around the world won’t tolerate latency and download disruptions that slow them down.”

Google Stadia
Google’s Stadia platform may help these numbers accelerate. According to Google, all a player needs to access games in resolutions of up to 4K and 60 frames per second with HDR and surround sound is a Chrome-browser capable laptop.

As Limelight data points out, watching video games is becoming common place and Google’s Stadia aims to accommodate. “To build Stadia, we’ve thought deeply about what it means to be a gamer and worked to converge two distinct worlds: people who play video games and people who love watching them,” said Phil Harrison Vice President and GM, Google Stadia in a blog post. “Stadia will lift restrictions on the games we create and play—and the communities who enjoy them.”