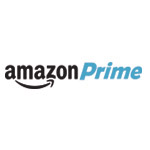 As Amazon’s “Primeday” kicks off today, a research firm’s study released today showed that the 95 million Amazon Prime members in the U.S. spend an average of $1,400 annually. By contrast, the average non-Prime customer spends an average of $600, according to Amazon Prime spending research from Consumer Intelligence Research Partners (CIRP).

A little over half (59%) of Amazon customers have Prime memberships, according to CIRP, but “Prime” growth has slowed significantly. CIRP estimates Amazon Prime membership to be at 95 million members.

Amazon Prime Spending
“As we’ve seen in the past few quarters, and as expected, the rapid growth in membership slowed,” said Josh Lowitz, partner and co-founder of CIRP, in a prepared statement. “Membership grew 12% in the past 12 months, down from 35% growth during the previous 12 months, and around 50% for each of the two years before that. Based on this past, and also on conversion and retention rates for new members, we expect growth will continue to slow.”

But while the rate of new members is expected to continue to fall, there is little falloff from customer churn, the research firm added. Prime members tend to be very loyal, so the membership is actually “stickier” than a subscription-based business model, according to CIRP.