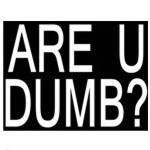 Fears of telcos becoming ‘dumb pipes’ are overblown, according to a new report from the Economist Intelligence Unit sponsored by operations support system provider Amdocs.  Based on interviews with senior executives from telecom service providers and other industry stakeholders from several world regions, the report outlines five different strategies that telcos can use to avoid becoming dumb pipe providers.

Strategy options include partnering with providers of Internet content, operating more efficient networks, adopting new pricing models that better reflect actual network usage, embracing competing technologies such as voice over IP and expanding into industries such as energy and health care using technologies such as cloud computing and machine-to-machine communications.

The report includes case studies of how service providers have achieved success using each of these strategies. For example, a carrier that partnered with content providers is MTS, Russia’s largest mobile network operator, which operates a portal that takes a share of revenue from the sale of music and videos to customers. And Deutsche Telekom is an example of a carrier that has branched into the energy industry, providing a smart metering service to the local utility in a German city.

Unfortunately, only one U.S. operator—Clearwire—was interviewed for the report. And U.S. operators may have difficulty replicating some of the recommended strategies—such as those focused around new pricing models. The researchers suggest, for example, that operators could avoid becoming dumb pipes by using traffic shaping to base tariffs on speed or by selling faster, safer access to Internet content providers. But they note that U.S. operators face regulatory hurdles in implementing such strategies.