ology providers need to surmount some hurdles in order to gain customers in the small business segment of the mobile marketplace, according to a the results of new national study released by Bank of the West.

Not surprisingly, communications–“presumably calls, texting, instant messaging and email”–is the predominant (76%) purpose of small business mobile technology use. Using calendars and scheduling ranked second at 48% and GPS and navigation third at 42%. Researchers cautioned mobile service providers not to expect much growth in these areas, however.  When participants were asked whether or not they saw significant potential for these mobile technology uses, interest in all three categories dropped.

On the whole, small business owners think mobile technology could be made more useful, Bank of the West says, as well as more cost effective and safer for their purposes. “‘Few relevant uses for my business’ was named the number one barrier to taking advantage of mobile technology, at 33 percent, followed by cost, at 25 percent,” the bank reported.

Encouragingly, a very large majority of small business owners surveyed (93%) said they’ve never experienced information or data theft as a result of mobile technology use. Nonetheless, more than half (56%) said concerns about information security have at least somewhat prevented them from using mobile technology more fully.

More than two-thirds (68%) of small business owners making use of mobile technology agreed that it has improved efficiency, and 61% said that mobile technology enables functions that could not be completed as efficiently via other means.

When asked to name time-consuming tasks that mobile technology could address, 33% mentioned solutions that could help them accept payments from customers, 24% mentioned monitoring financial accounts, 19% expense reports and 12% making payments to suppliers. Other functions mentioned included invoicing and payroll.

A large majority (83%) of small business owners believe individuals, entrepreneurs and small businesses can benefit from mobile technology use. More than two-thirds (65%) said it’s important to their current success, while nearly three-quarters (74%) think it will be important for their future success.

Bank of the West also conducted in-person interviews with small business customers and prospects, asking them similar questions. “As part of our commitment to serving small business owners, we seek to understand the trends and forces that impact their businesses. Our bankers recently sat down with more than 800 small business owners for in-depth, one-on-one conversations about mobile technology – a subject that is having an impact on nearly every aspect of our lives,” elaborated Michelle Di Gangi, Small & Mid Enterprise Banking Division Manager and executive VP.

“We learned, and the Harris study supports, that while small business owners are not early adopters of mobile technology – they tend to wait until someone like them has bought it and endorses it – they do see its growing importance in the success of their business. Creating relevant uses that help small businesses systemize customer relationship management, marketing and financial accounting will be critical to the growth of mobile technology in this market.” 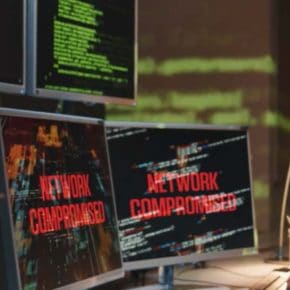 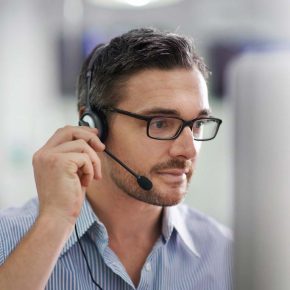