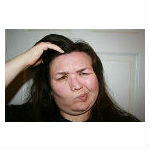 Telecompetitors rolling out 4G wireless network services “could be in for some disappointment,” according to market researchers at Retrevo.  Not only are mobile phone users somewhat confused about whether or not they have 4G, they’re also skeptical about the cost vs. benefit of the latest generation of wireless networking technology, despite the potential increase in network speed from 2-3 Mbps to 10 Mbps.

A little less than 1/4 of respondents to a recent Retrevo Gadgetology survey said they were going to upgrade to 4G service.

Some companies are actually benefiting from the confusion, at least for the moment. Despite not having a 4G phone, 34% of Apple iPhone 4 owners, for instance, believe they have a 4G phone and service. Twenty-four percent of owners of RIM Blackberry mobile phones, which also has no 4G phone out yet, believe the same. A similarly high percentage of Android mobile phone owners believe this, though some of them may be right, as there are several 4G Android phones on the market, including the HTC EVO 4G and Samsung Infuse 4G, Retrevo notes on its blog.

Adding to the confusion about what is and what isn’t 4G could pose problems for telecompetitors, nearly 1/3 of respondents didn’t believe that improved 4G performance was sufficient to justify the increased cost. While “confident that 4G speeds will prevail over 3G and that carriers will ultimately provide a fair price for 4G service,” Retrevo also believes “marketing departments will have their work cut out for them to change consumers’ perceptions about the value of 4G.”

Apple continues to benefit from particularly strong brand loyalty, Retrevo notes. Sixty-one percent of iPhone owners who responded to its recent survey said they will buy the next iPhone whether or not it is 4G. A 4G iPhone isn’t expected to hit the marketplace until 2012 or beyond.

Finally, Retrevo notes that it may be a good thing if legislation proposed by Congresswoman Anna Eshoo that would require broadband providers to inform consumers about actual quality of services and fees associated with them comes to pass. The legislation, entitled “Next Generation Wireless Disclosure Act” is currently under consideration in the House.