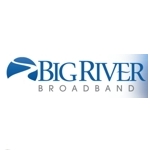 With the launch of a 4G LTE service in seven counties, Midwest regional telecompetitor Big River Broadband is bringing mobile broadband to previously underserved residents of southeast Missouri. A subsidiary of Cape Girardeau, Missouri based Big River Telephone, Big River Broadband expects to have an Alcatel-Lucent based 4G LTE system up and running across the coverage area in 1Q 2012, according to a news release.

“The residents of rural and underserved areas of southeastern Missouri deserve the same access to mobile broadband applications as those of the bigger, more metropolitan areas,” Kevin Keaney, Big River Broadband’s CTO said. “Today, the seven counties in Big River’s service territory suffer from a lack of access to affordable networks. The availability of an expansive and affordable broadband network will dramatically change many aspects of our customers’ lives, including the areas of agriculture, public safety, government, administration, real estate, land values and tourism.”

The $33 million build-out is being funded in part through a broadband stimulus award made by the Rural Utilities Service. The project is part of the public-private partnership, the MoBroadbandNow initiative. Big River is a member of the consortium, which has been entrusted with bringing broadband penetration in Missouri up to 95%. Big River intends to use AWS spectrum for the build out.

Big River Broadband joins several broadband stimulus winners who are building 4G networks in rural markets. This activity contributes to  rural 4G LTE momentum from other corners of the market, including Verizon’s LTE in Rural America program, NetAmerica Alliance’s 4G efforts and others.